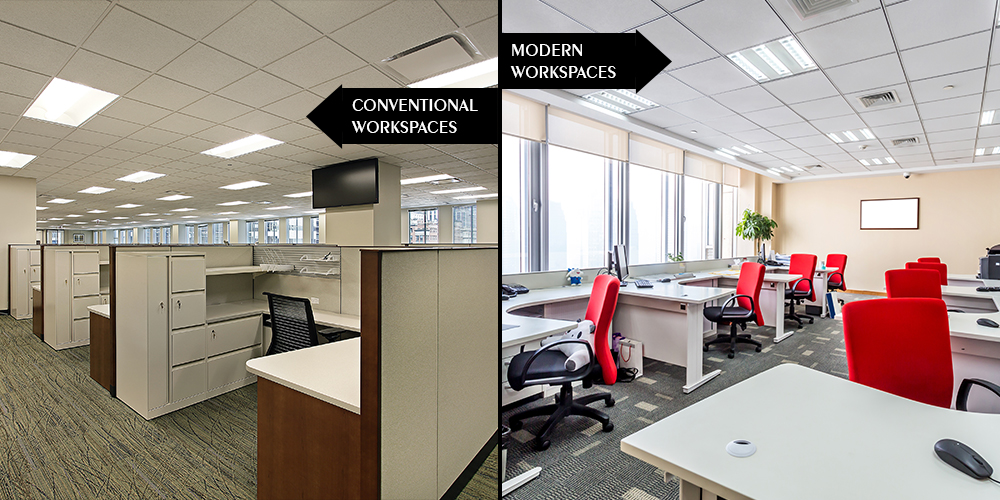 Evolution of Workspaces in The Last Decade

Historically speaking, office space design has come quite a long way today. This evolution has resulted in modern commercial spaces that allow employees to carry their productivity with their personality into the workplace. This is in stark comparison to the earlier days when the sole purpose of an employee was to deliver maximum output to the employer.

Companies since the beginning of time connected their office designs to the business values they wished to project. For instance, if a business conglomerate placed high importance on output, its offices would be characterised with multiple rows of desks. On the other hand, a fledgling business which wanted to reflect as trust-worthy in the market would have bigger and brighter lounge areas in their reception.

Today, firms have become aware of the fact that an office is more than just a physical space. It is a tool to drive business, derive productivity and ensure consistency. This is a major reason why the field of office design has come to see a massive overhaul in terms of design in the past decades.

DEPARTURE FROM THE CUBICLES

Firms in the olden days focussed their entire effort on generating revenue.  The fact that this goal was quite straightforward reinforced the culture of hierarchy around the office. Cubicles were constructed to ensure absolute and total productivity from employees.

This highly hampered collaborations gave the concept of work, quite an impersonal feel. As the realisation struck that an employee wasn’t just a mechanical cog in the company machinery, office design moved towards open floor plans.

Conventional offices were replete with a few devices that were a staple requirement for all employees. It all started with typewriters and was quickly followed by desktops, fax machines and laptops. Today’s modern offices are seeing the inclusion of technology not just through devices, but also through office design.

Workspaces have seen great development in the past few decades, especially since technology began a lot more than a by-product of science. This was reflected in the way of human-centric lighting fixtures, temperature sensors, application-based working in terms of tracking tasks and conducting meetings.

Technology also found inroads in modern office design with the entry of smart elevators that operated by placing people belonging to the same floor in one lift. Smart turnstiles saw the light of the day and made punching in to work, a time and energy efficient process.

SUSTAINABILITY EMERGED AS A NORM

As mentioned above, the main objective of the conventional office was generating output and revenue. This unapologetically reflected in their design, so much so that it caused considerable damage to the environment. It resulted in rising annual energy costs for the company and thereby increasing its carbon footprint.

High consumption of electricity by way of artificial lighting and air-conditioning and boxed office designs hampered employee wellbeing. The gravity of this gave way to the concept of ‘green buildings’ that were constructed to reduce carbon footprints and increase employee wellbeing.

Modern offices today have taken the route to sustainability and implemented the same in their design. From using recycled material like processed polythene in construction to bringing in natural light and instituting greenery around with the help of in-house parks. Office design has successfully brought in the great outdoors by harvesting rain-water, creating living walls and usage of recycled wood and plastic for furnishings.

Earlier the purpose of an office was to only on getting the maximum output. Whereas today, the modern office has become a tool for the acquisition and retention of the best talent in a highly competitive industry. 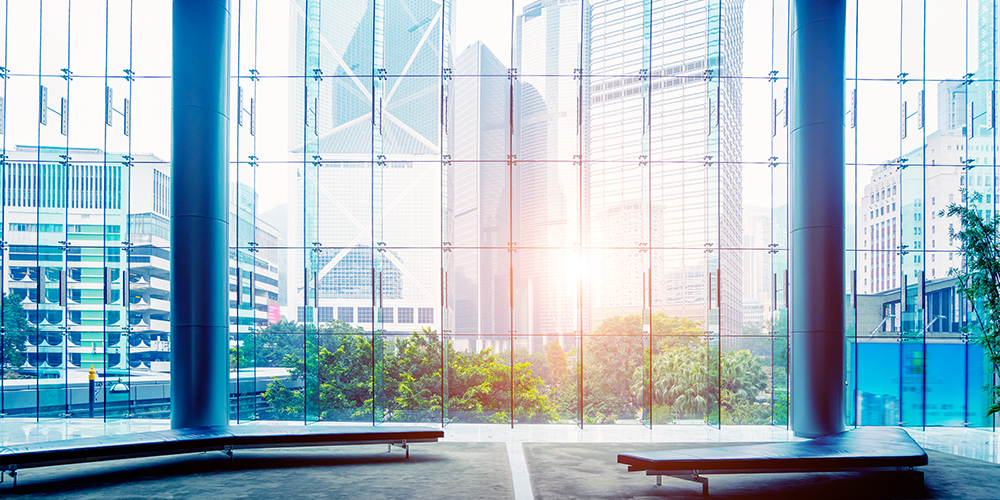 The worth of a business was previously measured in a two-dimensional, quantifia 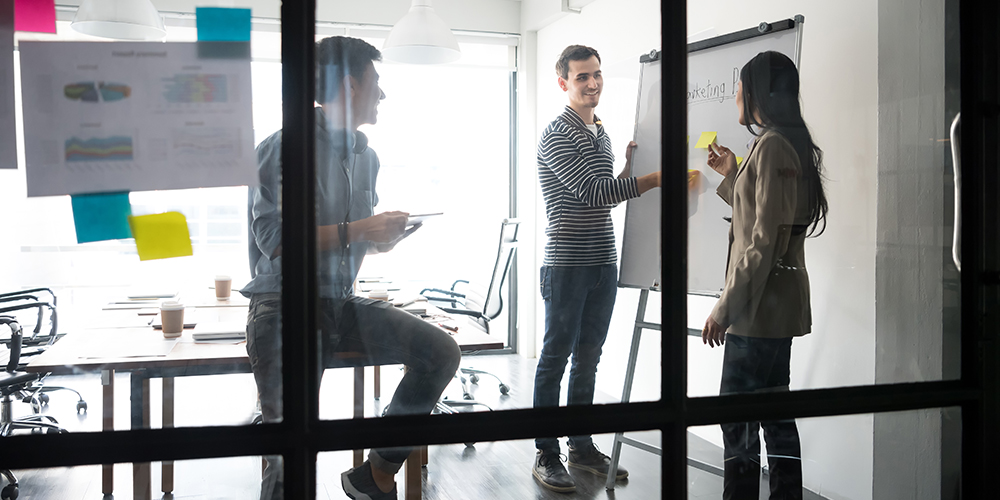 How Can Your Workplace Help ...

Organizations are evolving and adopting new strategies to be at the 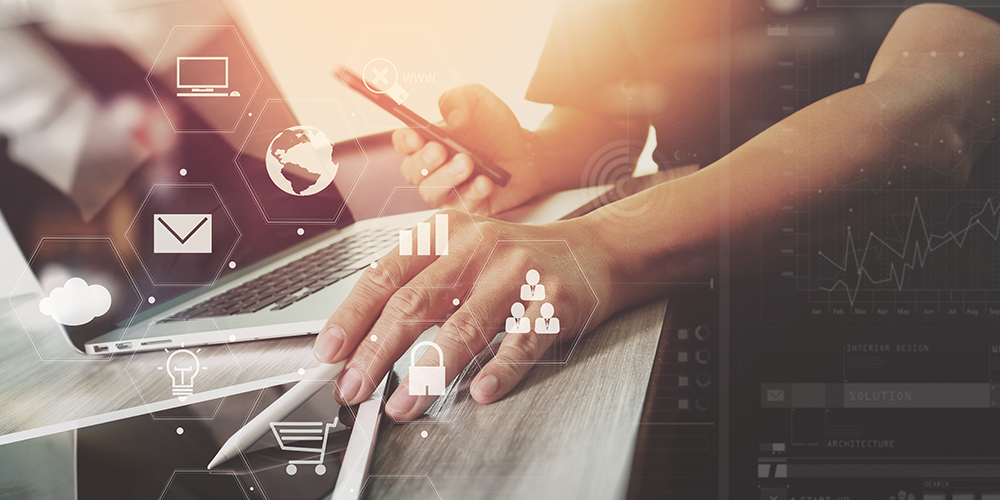 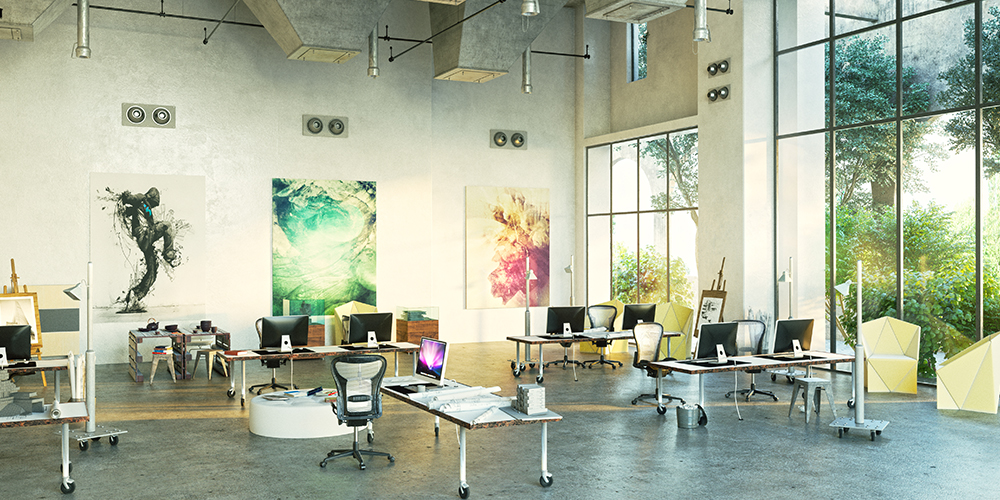 The art of running an organisation smoothly depends on how efficien 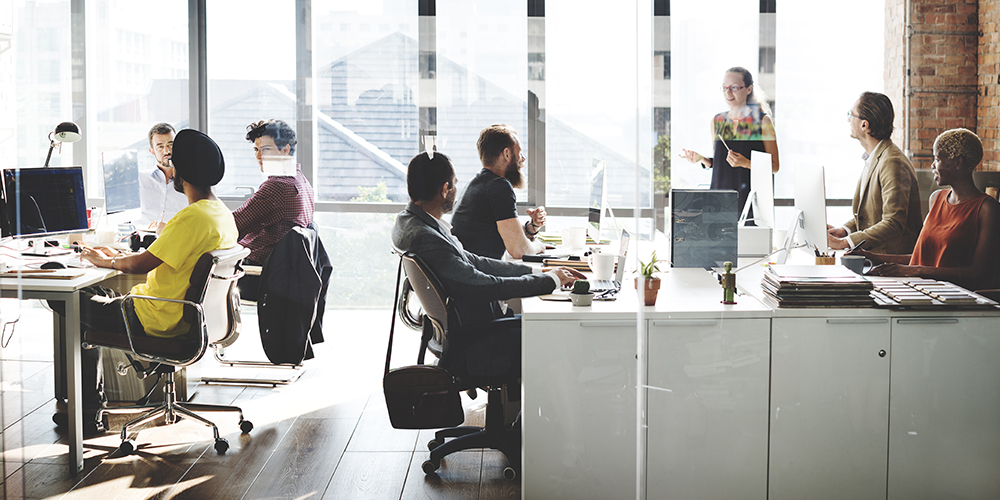 Things You Should Consider W...

As your business expands, you need a bigger workspace

In recent years, the demand for functional workspaces has increased enormously in India. Especial 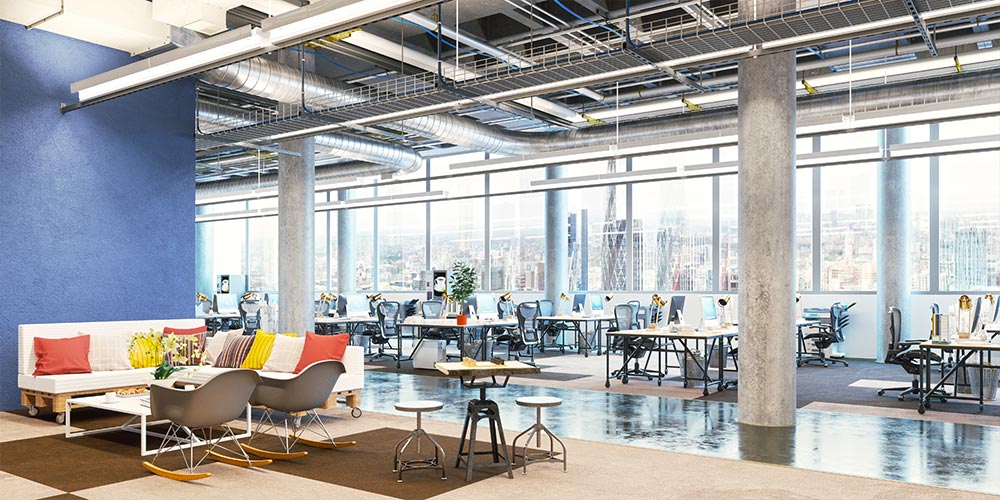 Today’s workplaces promote a well-balanced life through their de 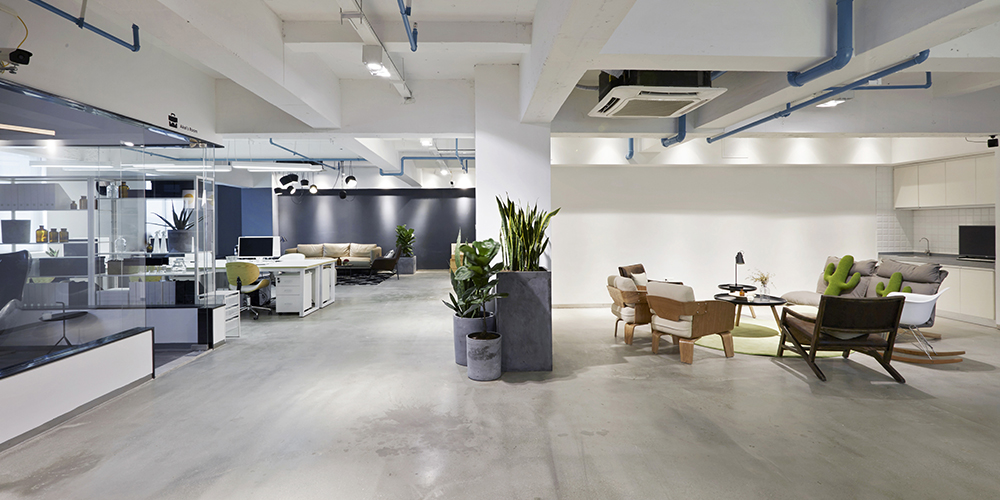 How does your office space h...

Branding is an important marketing tool for any busine 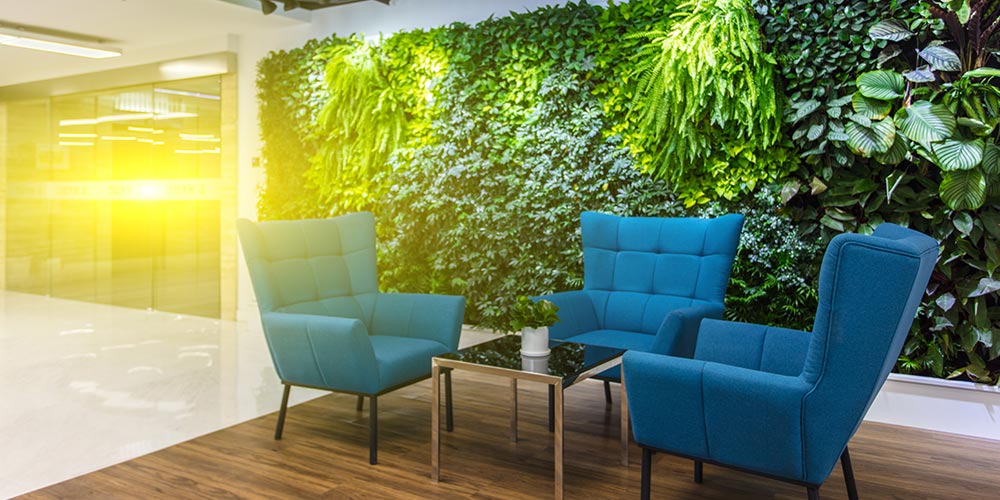 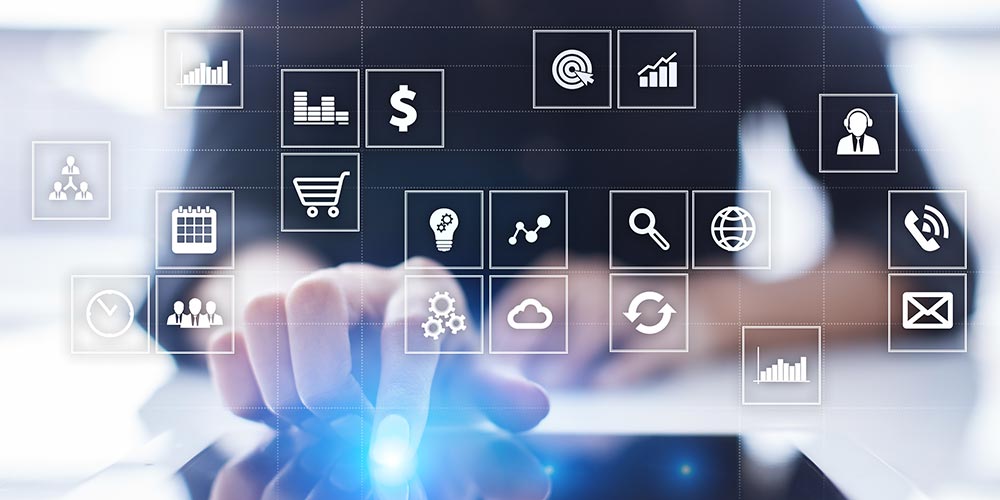 Upgrade Your Workspace and U... 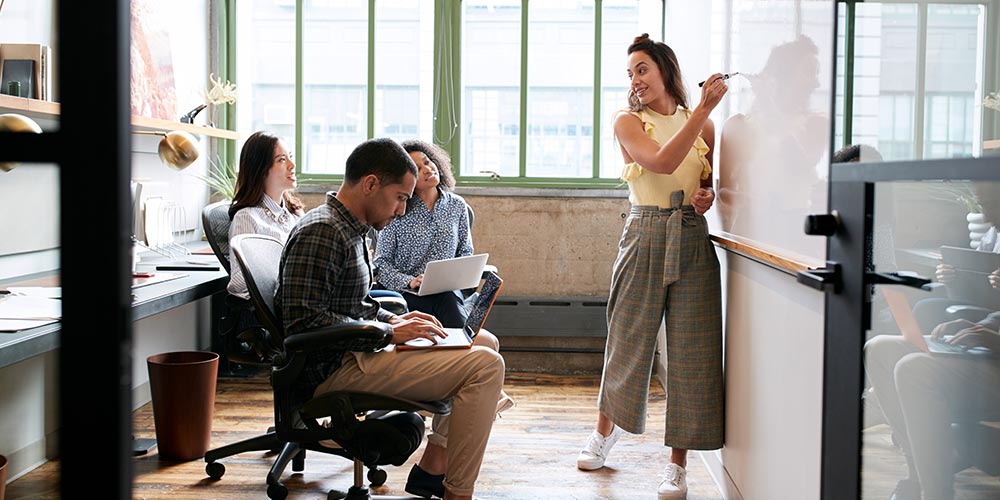 Smart Workplaces Leads to a ... 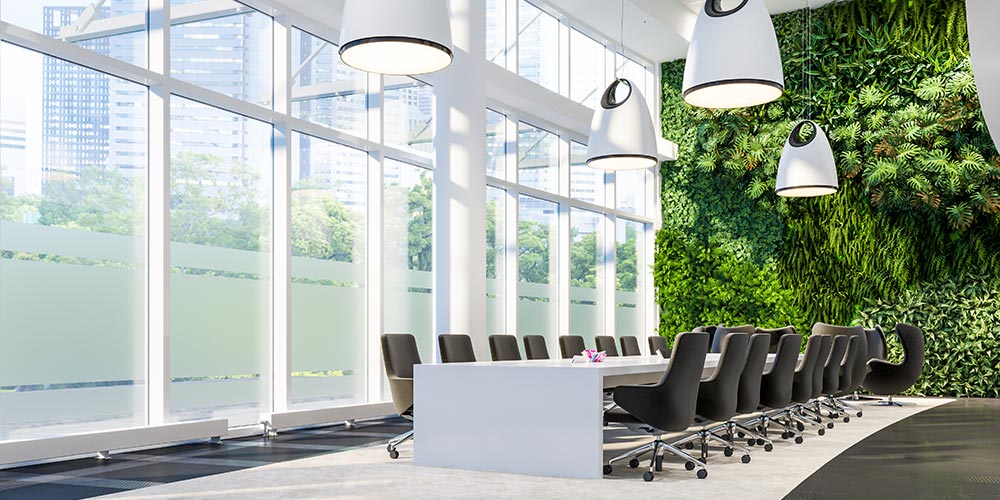 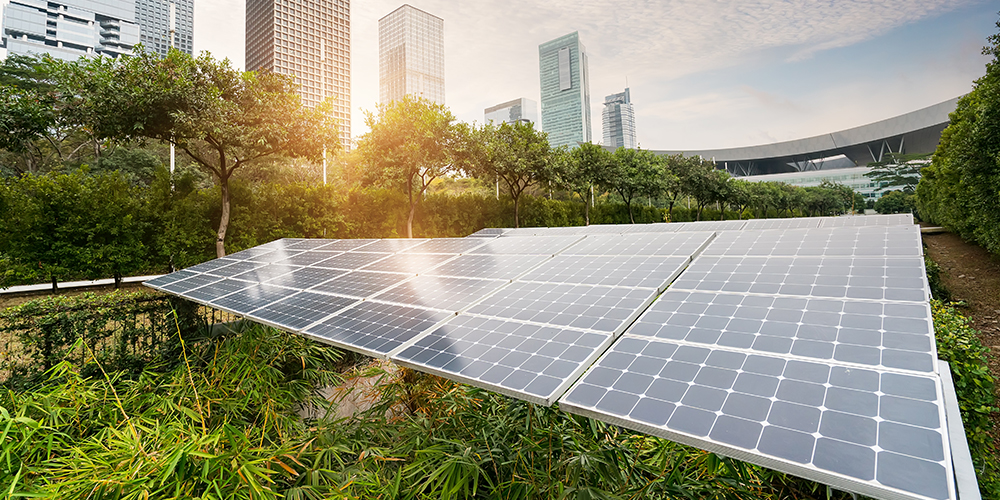 Technological and social forces are transforming the nature of work in today’s age. Lodha offic

What kind of office do mille...

Millennials are shaping the workplace scenario. A rece

Great ideas emerge out of the best of environments. An ideal workplace sh

The workplace is not what it used to be. New office spaces, even in India, are being designed wit